You are at:Home»Articles»Trust Gap Between Traditional and New Media Widening Across Europe

A new EBU study Trust in Media 2017 indicates that broadcast media remains the most trusted media throughout Europe. Based on data published in the 86th Eurobarometer survey, the EBU Media Intelligence Service assessed the level of trust each country’s citizens have in the different types of media. 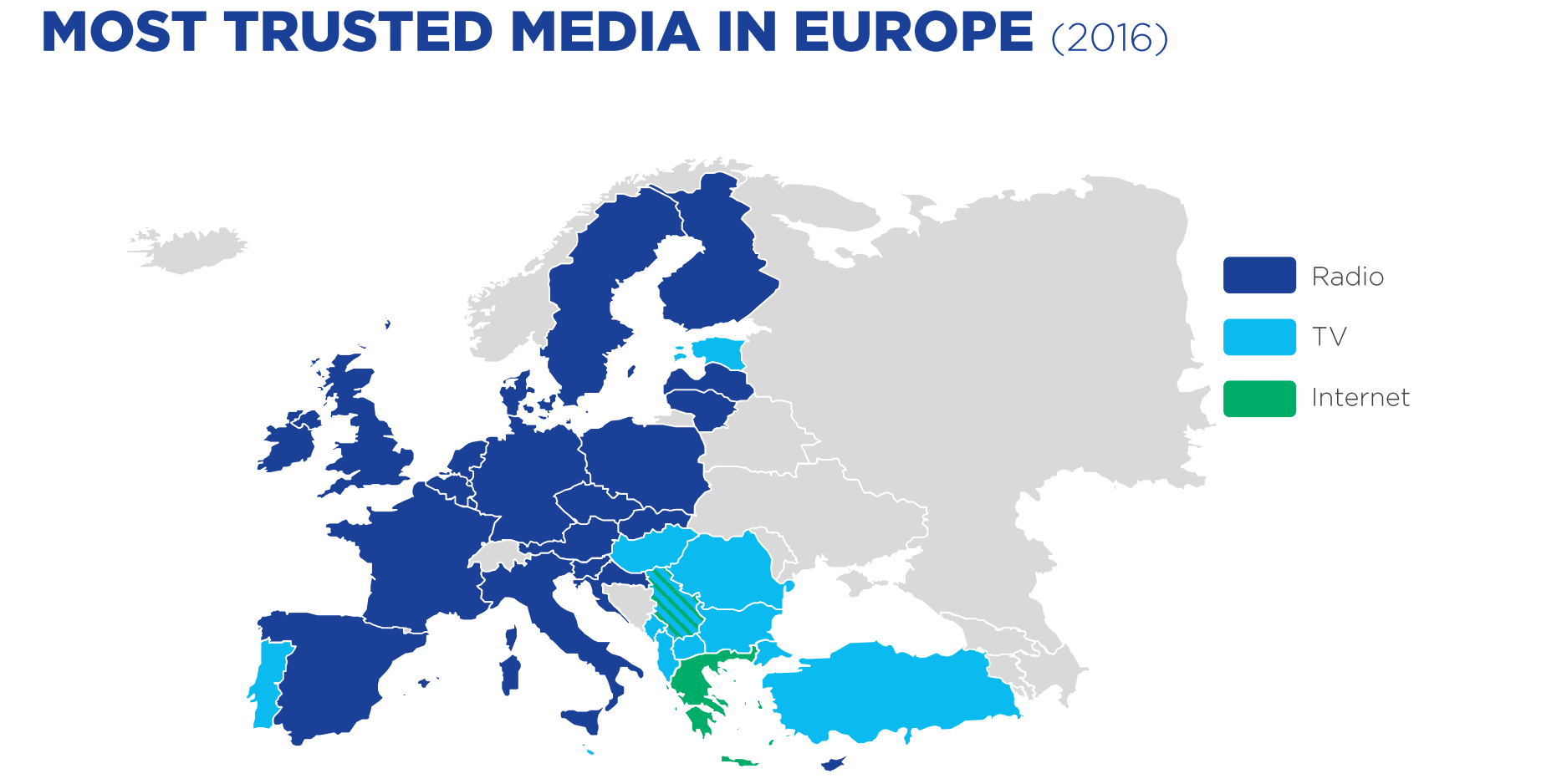 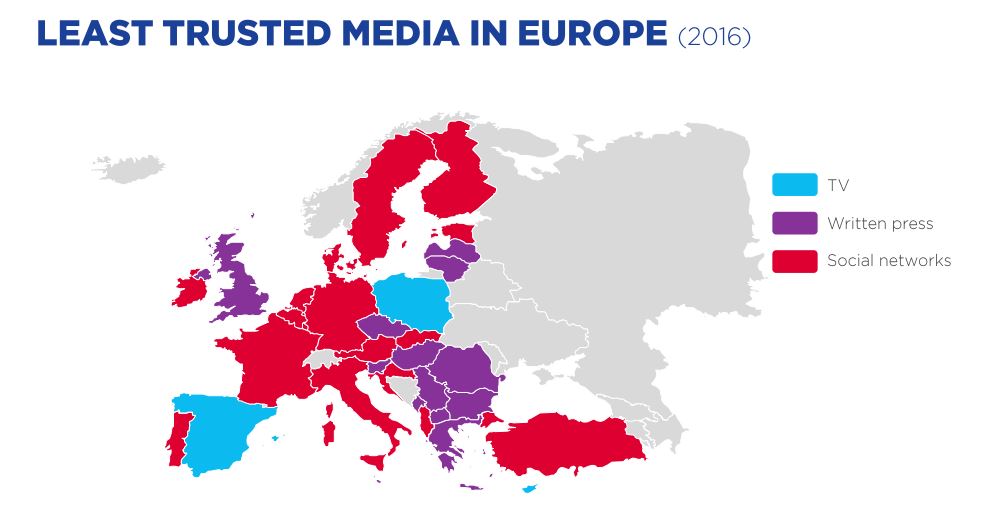 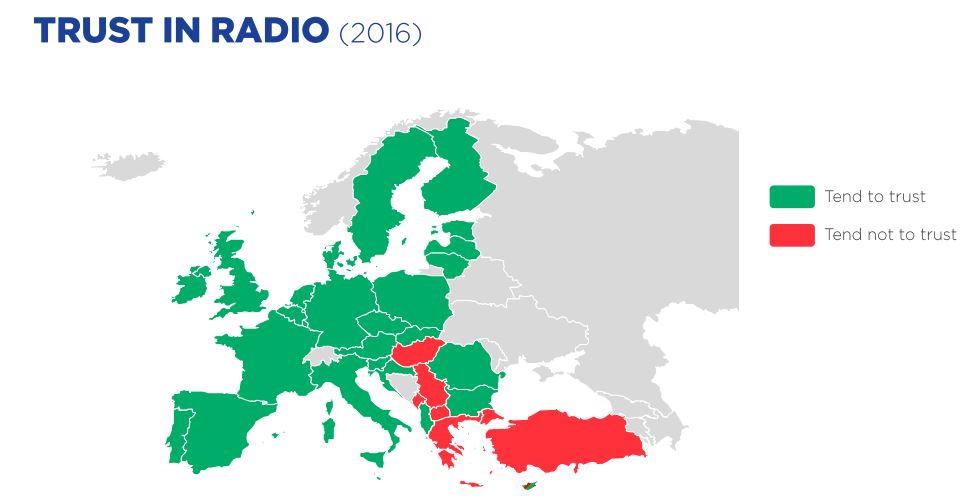 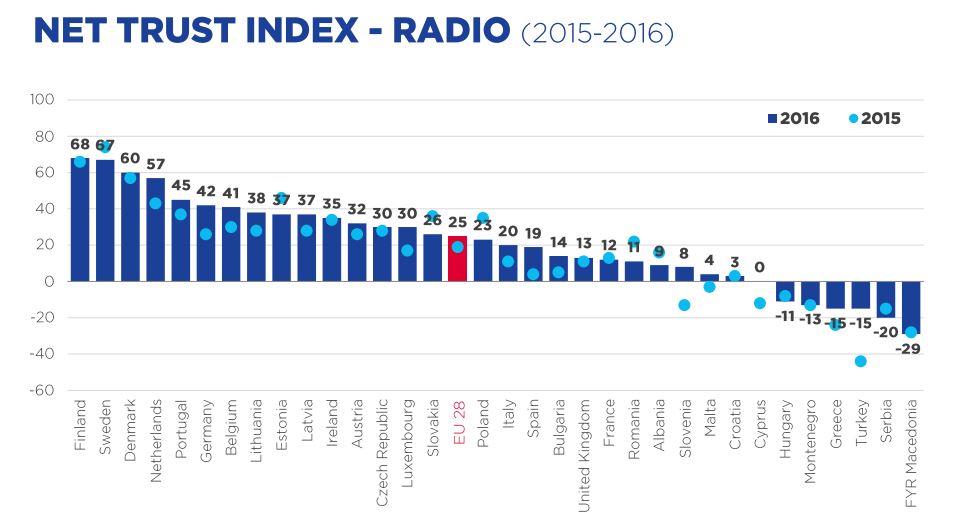 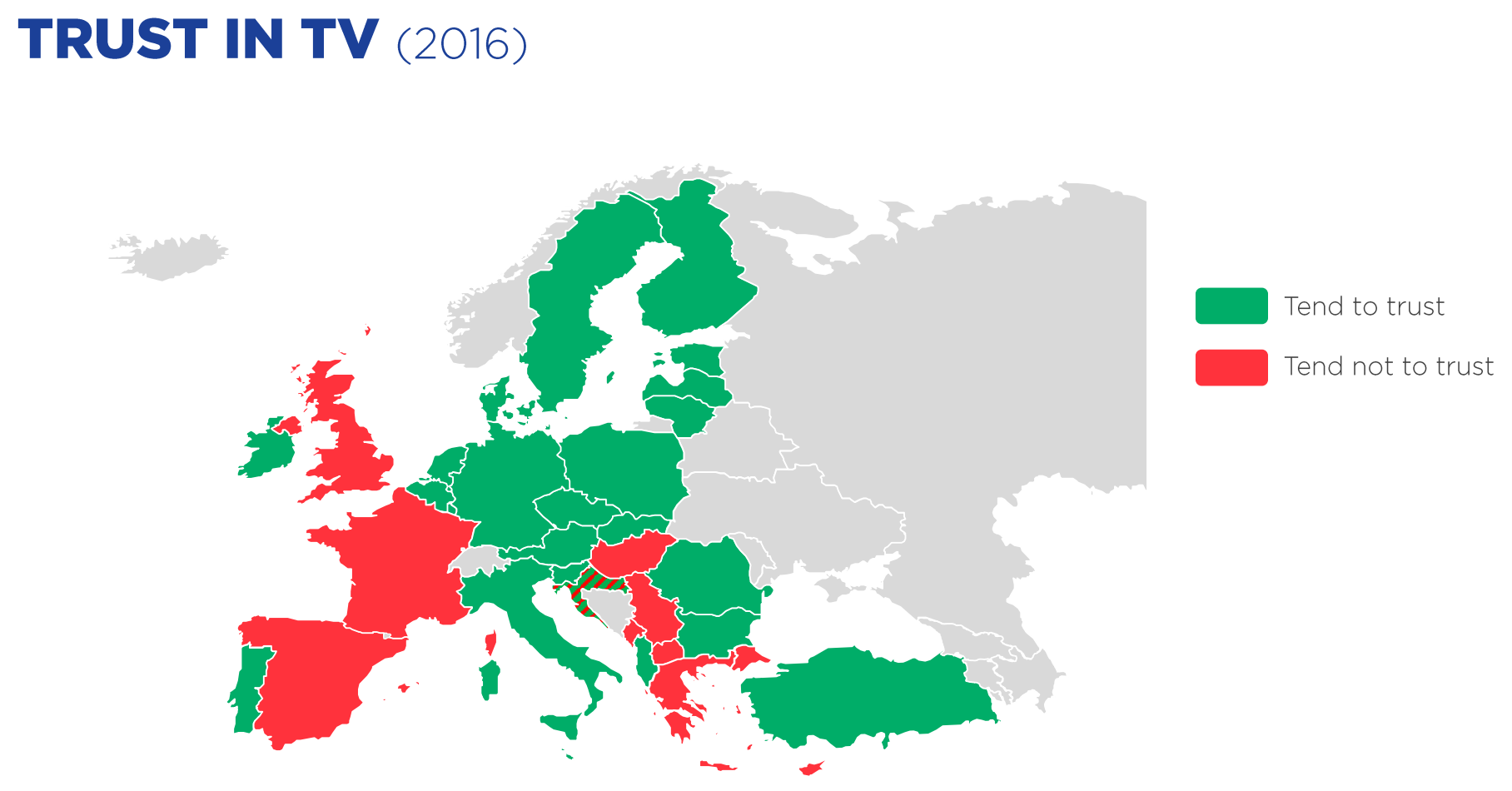 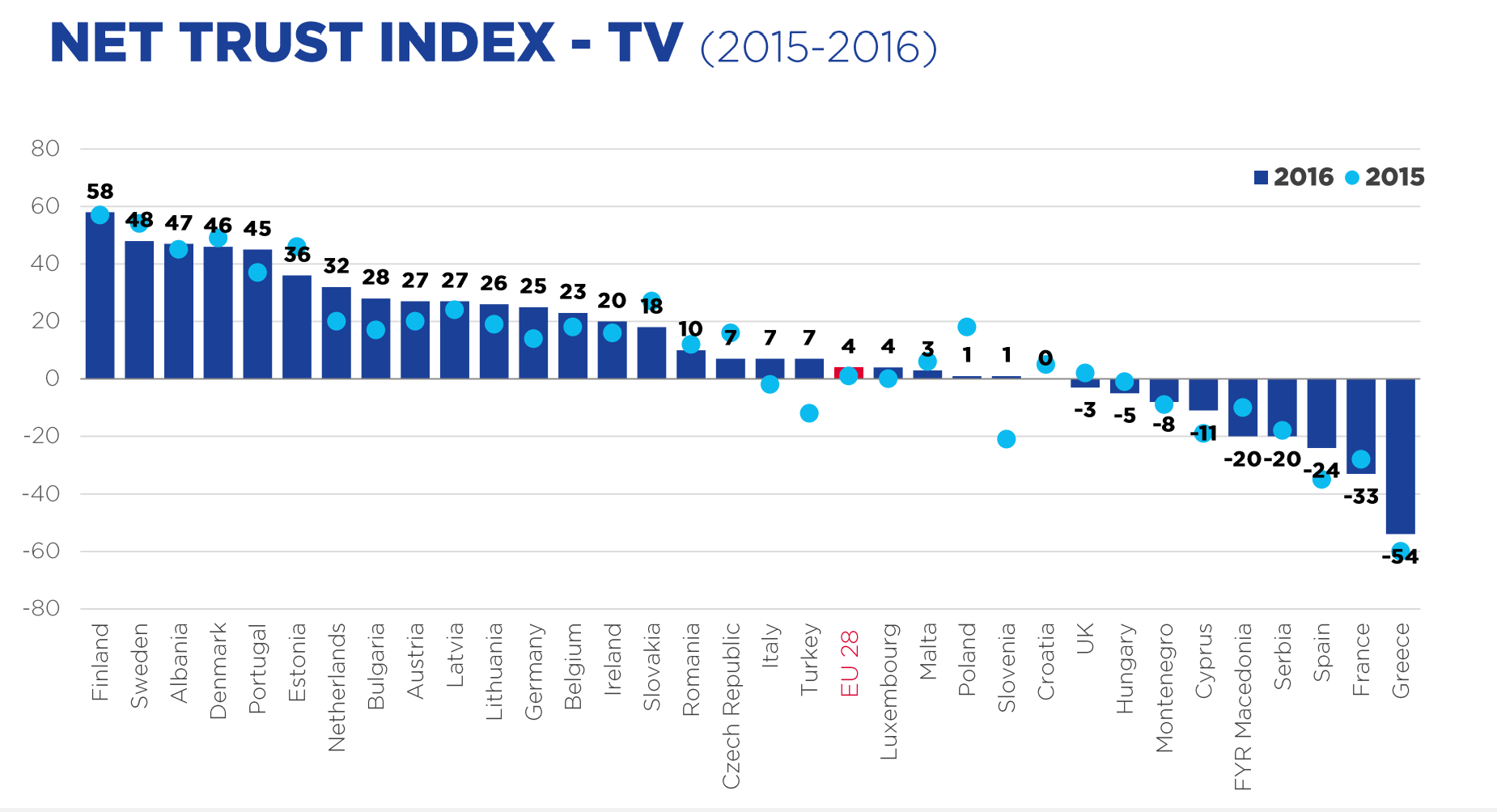 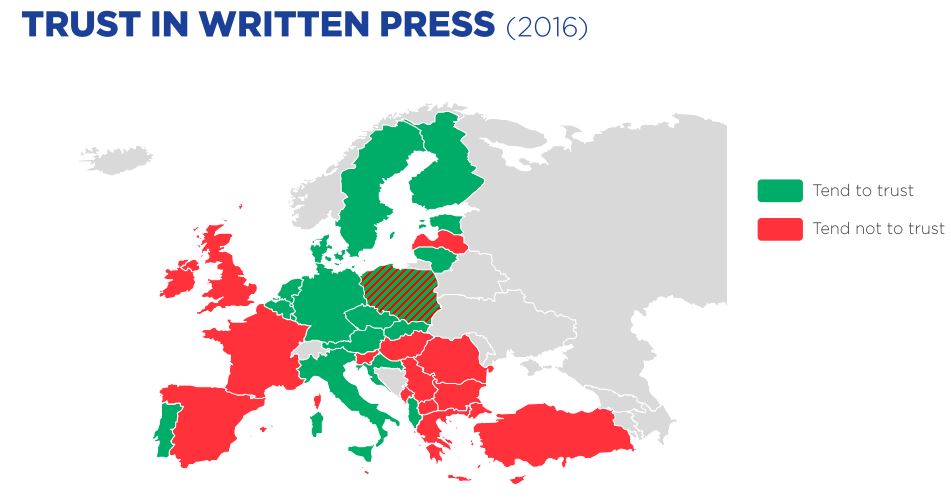 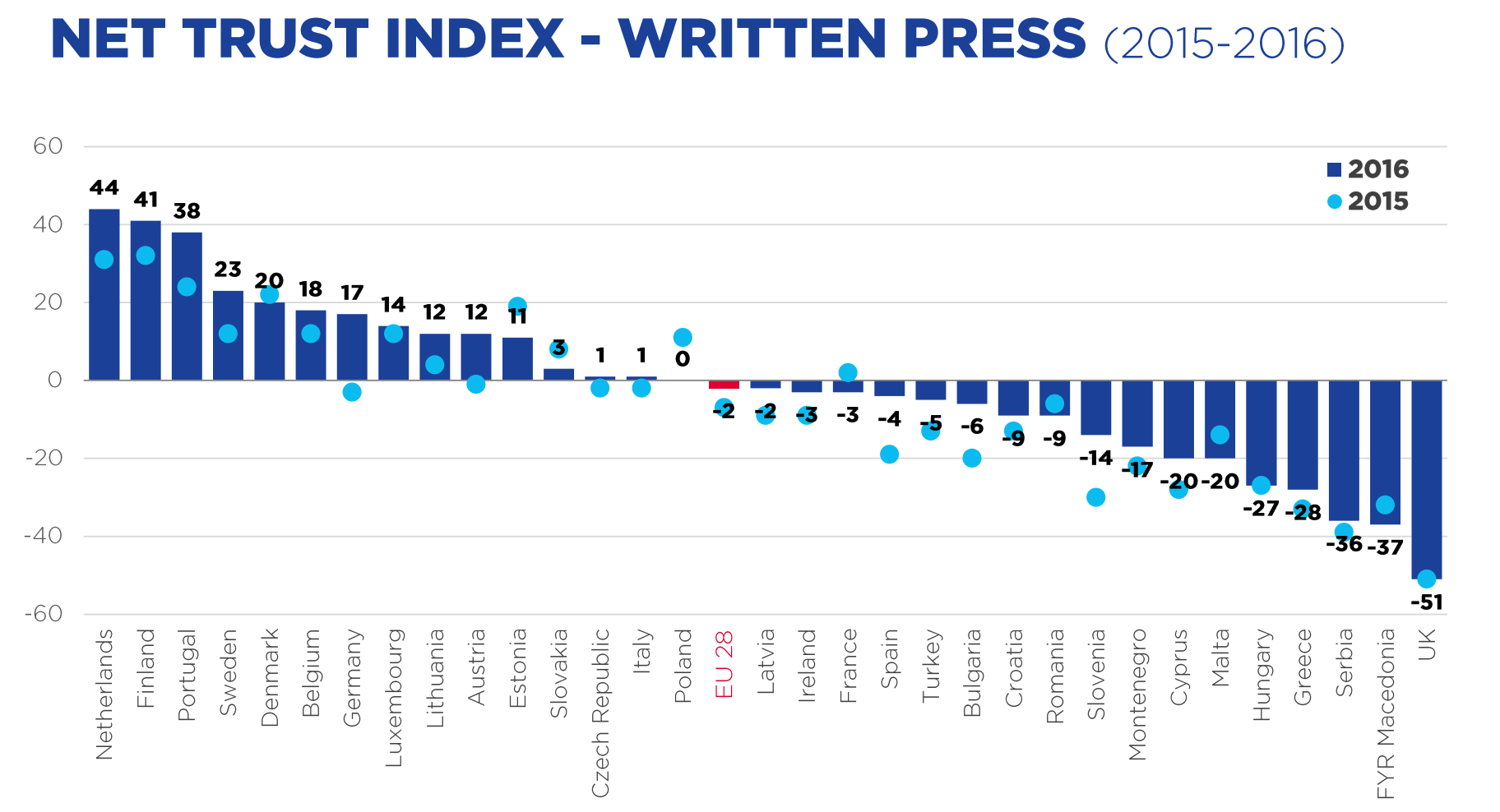 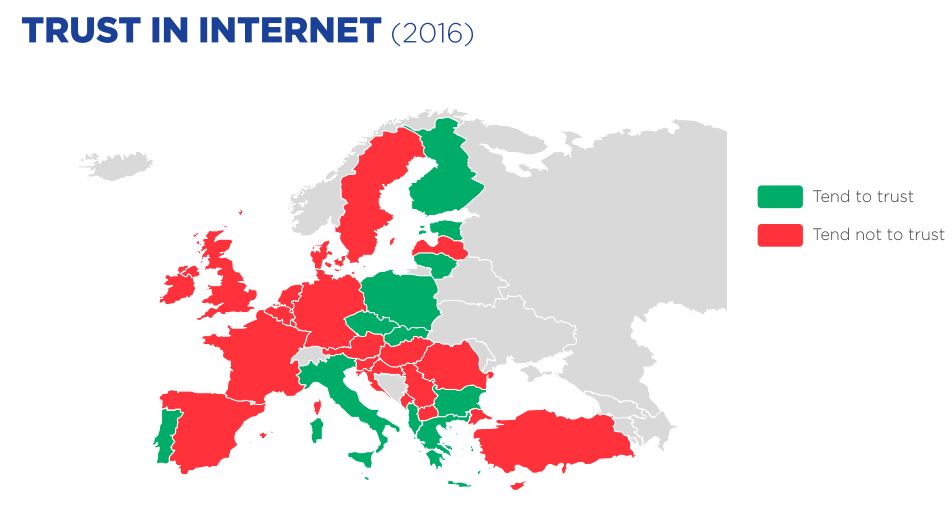 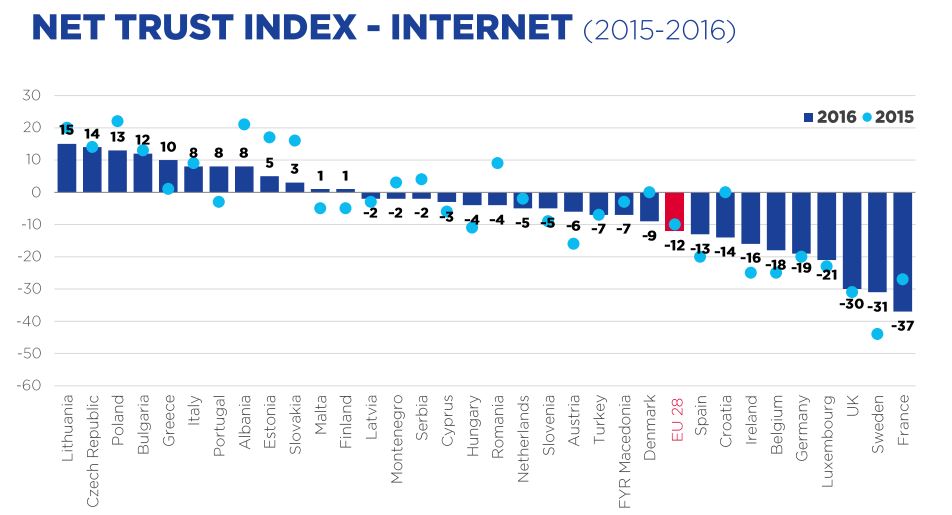 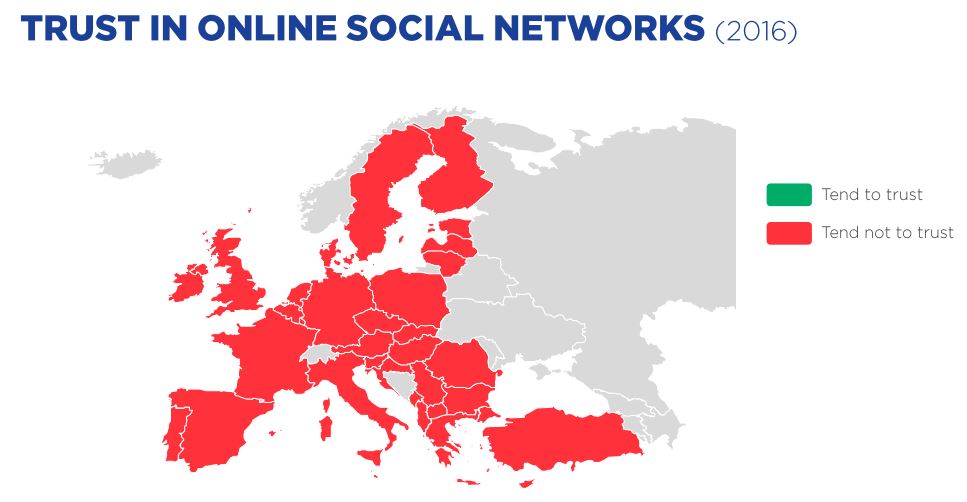 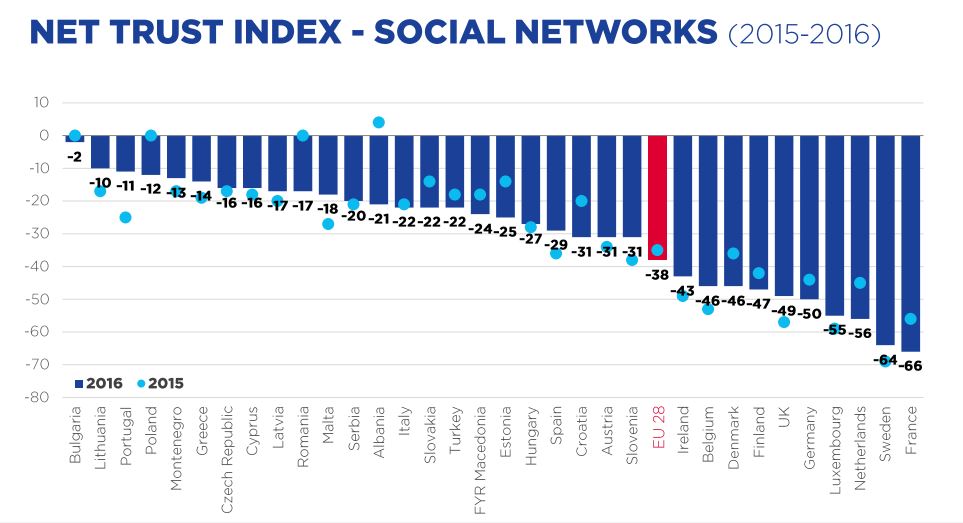