In response to criticism about “fake news”, Facebook now applies “Disputed by 3rd Party Fact-Checkers” tags to stories evaluated by impartial organisations. Facebook has also increased the visibility of publisher logos to indicate the origins of news stories.

However, the authors of a new study note that “it is not feasible for Facebook to successfully tag all fake news stories, and untagged stories may be viewed as being validated. Such an “implied truth” effect would pose a major problem.” In addition, the increased visibility of publisher logos is likely to be effective only if people already believe that established news publishers are credible and trustworthy. 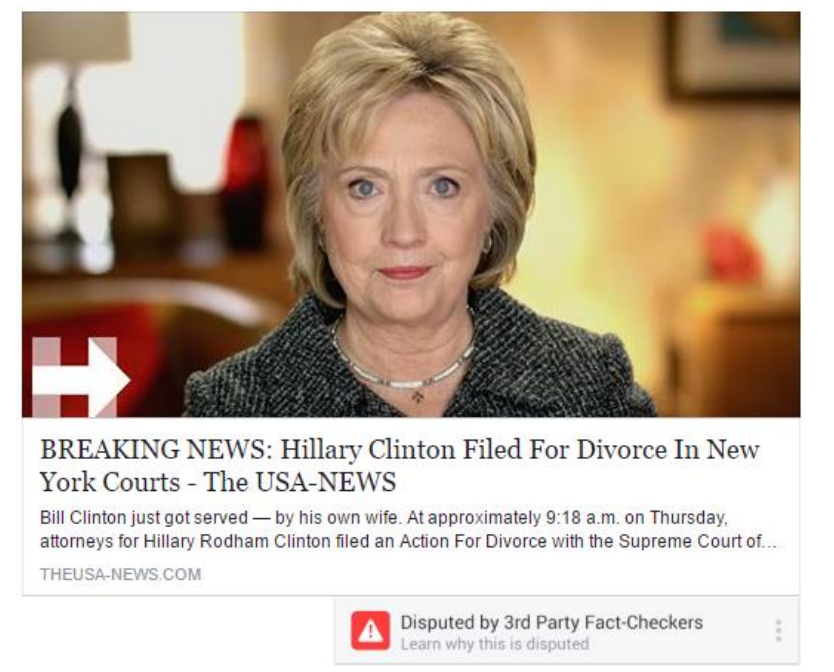 A second study assessed the effectiveness of making publisher logos more visible, but found no significant effect. The authors note, “even well-established mainstream news outlets are not seen as especially credible, and thus perceived accuracy of (true) stories from these outlines is not increased by emphasizing source” logos.

In conclusion, the authors argue that ““cosmetic” changes to how headlines are presented on social media are not enough to effectively fight fake news. More fundamental solutions are needed.”