You are at:Home»People»Professor Kevin Rafter 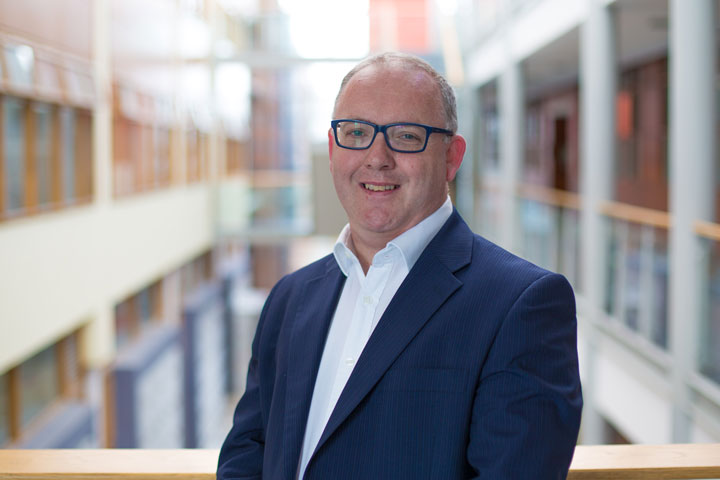 Prior to 2008 he worked as a journalist including as a political reporter for the Irish Times, political correspondent for the Sunday Times and political editor at the Sunday Tribune. He worked for many years with RTÉ as presenter for This Week radio programme and as a  correspondent with Prime Time.

Prof. Rafter is the author and editor of several books on media and politics and his research has been published in most of the leading international academic journals in his area.

“I entered the academic world in 2008 moving from journalism to Head of the Department of Film and Media in the Dún Laoghaire Institute of Art, Design and Technology before coming to DCU in September 2010.”

Prof. Rafter’s current research projects include a study of political advertising in the 2014 European Parliament elections – which involves academics from all 28 member states – and a study of media coverage of Irish elections. He is also the Irish contact point for the international Worlds of Journalism project and is developing collaborative projects with the Walter Cronkite School of Journalism and Mass Communication at Arizona State University where he was a Visiting Fellow in 2014.

“The media election study is a collaborative project with colleagues in the School of Law and Government. At the 2011 general election we looked at broadcast and newspaper coverage of the campaign, and a variation of this research will be repeated for the forthcoming election.”

Talking about the importance of undertaking this type of research, Prof. Rafter says: “Most members of the public receive their information through the media and so their knowledge of politics is generally mediated through media organisations. Having an awareness of the nature of that coverage gives a sense of media priorities in terms of the information voters receive.”

“Our research builds on work undertaken in several other European countries. It is part of a wider international attempt to understand media coverage of elections.”