You are at:Home»People»Prof Pat Brereton 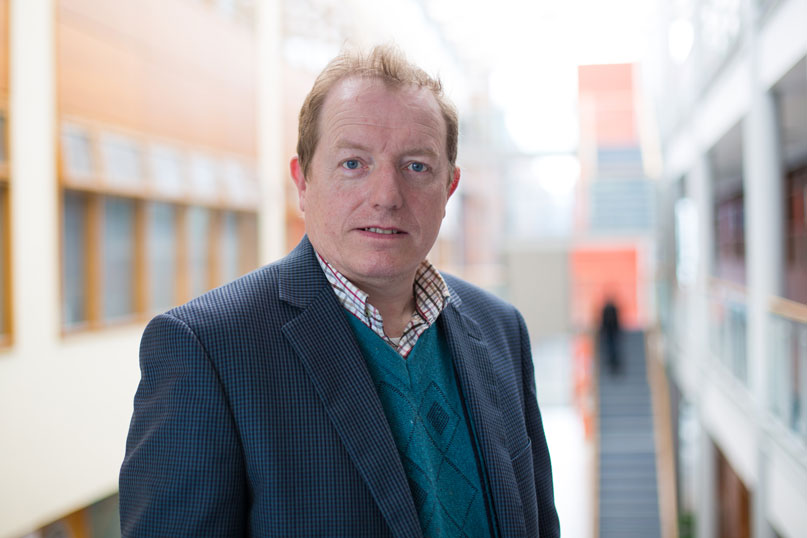 Prof Pat Brereton is the Head of DCU School of Communications. His research interests include film, new media and ecology. Prof Brereton has written several books on these topics including ‘Hollywood Utopia: Ecology in Contemporary American Cinema’ and ‘Historical Dictionary of Irish Cinema’, co-authored with colleague Dr Roddy Flynn.

Prof Brereton is involved in the Environmental Protection Agency (EPA) research project on Climate Change Reporting in Ireland. He says: “I see Ireland as being a very good case study to do comparative analysis with other countries on the mediation of climate change across traditional and new media – how it feeds into ongoing debates.”

He believes that research projects like this DCU/EPA one are valuable not just in terms of resonating as a global issue but specifically for Ireland and its economic future: “If you look at the agricultural and tourism sectors in Ireland – for this and other reasons we very much need to foreground the representations that we have around the mediation of climate change.”

Researching media coverage of climate change is important in terms of encouraging politicians and the public in general to take the issue seriously: “That’s why we have to go beyond the deficit model to try and be less preachy, to make media more engaged and dialogical, and speak to different communities and groups.

Media research can help us see how audiences are thinking and show us how to communicate more effectively e.g. using new media to reach a wider audience and understanding the importance of engagement with different publics.

Acknowledging the role of the Insight Centre for Data Analytics in this and other FuJo projects, Prof Brereton points out that big data is becoming increasingly important for academic research.

“Academic research cannot be based on hypotheses and assertions alone; we need to have evidence to back it up and this is where big data can help.”

In terms of FuJo’s wider research aims, Prof Brereton says: “It is important to establish a centre of excellence for journalism and media research here in Ireland because, geographically, we’re seen as the periphery of Europe but we could and should be the centre of Europe in terms of the research being done here and how it feeds into wider European research.”