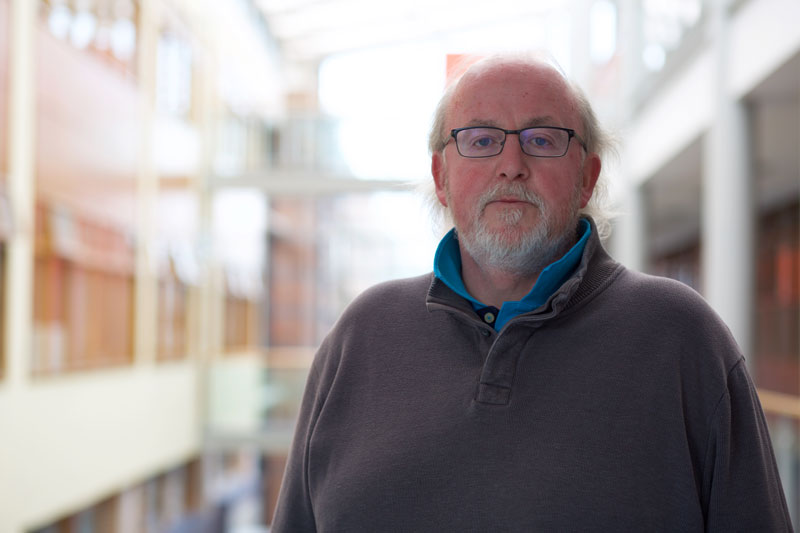 Paul McNamara lectures in journalism at Dublin City University’s School of Communications, where he is chairperson of its MA in Journalism programme.  He has delivered numerous journalism modules at graduate and undergraduate level. He currently teaches modules on news reporting and editing, journalism portfolio, newsdays, and supervises graduate thesis and major project production seminars. He also co-ordinates student work placement schemes and arranges newsroom bootcamps with senior national media journalists to prepare students for today’s workplace. He served as Head of the School of Communications for five years and as chairperson of its BA in Journalism programme for many years. He also served on the university’s Executive Committee, sat on many university-wide committees and was a DCU Academic Framework for Innovation [AFI] fellow.

He has served as an external examiner/inspector at universities and third level institutions offering journalism and communication programmes in Ireland, England, Scotland, Portugal, Spain, the Netherlands, Italy, Sweden, and the Czech Republic. He was founding president of the European Journalism Training Association [EJTA] and subsequently its general secretary and was one of the founders of the European Journalism Centre [EJC], Maastricht, where he was a member of the board of directors for five years. Before joining DCU, he was a national newspaper journalist with Independent Newspapers, where he worked on the business section of the Irish Independent and then on the news sections of the Evening Herald and Sunday Independent, prior to which he was a general reporter on a regional newspaper. Before that, he worked in the English Department of University College Dublin. He holds degrees from University College Dublin and Trinity College Dublin.

In the period up to 2020, he would like to focus on three areas: 1] the analysis of Irish data arising from the Reuters Institute, Oxford, Annual Digital News Report; 2] the operation and integration of Irish newsrooms in an international context; and 3] the reimagining of local news delivery in Ireland.