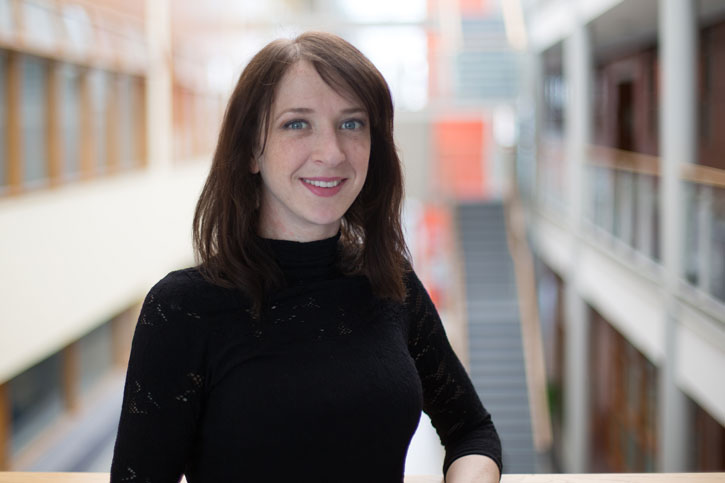 Niamh Kirk is a PhD researcher in the School of Communications, having joined the school in October 2014. Niamh became interested in media research following the completion of a Masters in Digital Media and Journalism while she was working as a regional and freelance journalist.

“I was able to draw on a great deal of my previous academic and professional experience to inform my projects, and I had more than I realised. For me the nature of academic research is stimulating and enriching in a different but complementary way to that of journalism.”

Niamh’s main research interests became focused on the many issues related to journalism production and media effects. She enjoys interdisciplinary research using both quantitative and qualitative methods to explore issues in-depth: “I am passionate about the importance of the media as a positive force for democracy and a fairer society and increasing media literacy through research and through the media is among my main goals.”

As a FuJo Member she is currently working on the data collected as part of the Reuters Oxford Research Institute International Digital News Project. This is being explored from two broad perspectives: Ireland by comparison to the rest of the world and a more focused look at Ireland and the critical issues that are emerging from analysis. The early results, she says, are already very exciting with the data affirming some expectations and up-ending others. One of the main aims of the report is to make the data as revealing and accessible as possible: “It is Ireland’s first year involved in the project and hopeful this will be the first in many annual reports which will allow us to identify patterns and shifts in news access habits in the future.”