You are at:Home»People»Dr Maura Conway 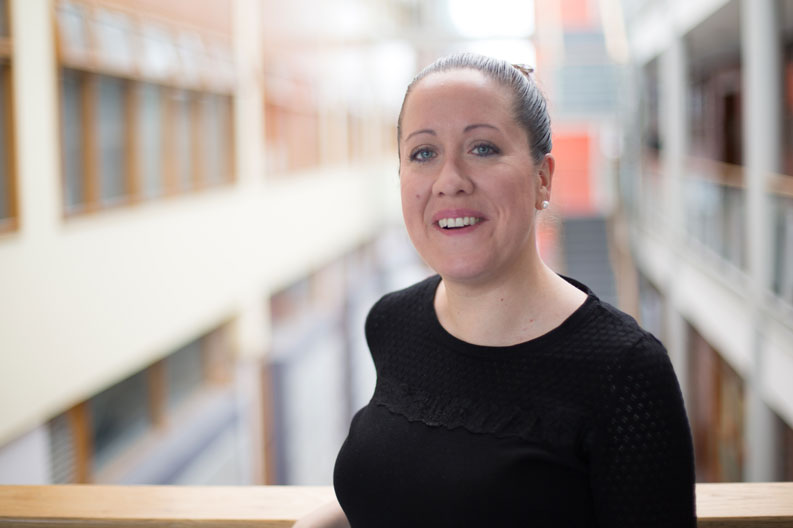 Dr Maura Conway is a researcher and lecturer in the School of Law and Government. Her main research interest in is social media and violent extremism. As principal investigator, she oversees VOX-Pol, a major EU FP7-funded academic network focused on researching the prevalence, contours, functions, and impacts of violent online political extremism.

She is interested in how extremists use social media, not just as a communication tool between individuals but as a propaganda tool. With so few traditional journalists on the ground in places like Syria, citizen journalism plays an important role and IS is doing what could be considered a form of journalism, explains Maura, pointing to a recent series of video reports featuring kidnapped UK journalist John Cantlie.

“They [IS] have very specifically tried to produce content that has a real journalistic feel about it. The reports they produced with Cantlie look very much like BBC reports from on the ground in Syria.”

Maura and her colleagues are focused on Syria right now but are interested in the entire spectrum of violent extremism and the role social media has in, for example, how people may be radicalised by exposure to, consumption of and interactions with extremism content on the various social media platforms. “Young people, in particular, are being targeted by IS and it’s influencing them to travel to Syria, for example.”

Relatedly, Maura is working on the British media coverage of the so-called Jihadi Brides, or young British Muslim women who have travelled over to Syria: “They are being framed in a very specific way which has something to do with their gender, I think. They are framed as being forced in these marriages and as potential victims of sexual abuse, which is in contrast to how young men are portrayed.”