You are at:Home»Articles»Kick-Starting the Stalled Revolution: The ASA’s Challenge to Gender Stereotypes

The UK Advertising Standards Authority (ASA) has recently published a report on gender stereotypes in advertising. This represents the first step in encouraging the industry to make a more concerted effort to resist perpetuating stereotypes based on reductive and restrictive gender norms.  The ASA report, ‘Depictions, Perceptions and Harm’, recommends that “a tougher line needs to be taken on ads that feature stereotypical gender roles or characteristics which, through their content and context, may be potentially harmful to people” by restricting “the choices, aspirations and opportunities” of viewers.

The report was prompted by public backlash against a 2015 ad by Protein World that featured a woman in a bikini and the tagline: “Are you Beach Body Ready?” While the ASA upheld the complaints it received about the advert because of the nutritional claims purported by Protein World, they understood that the public reaction to the ad was far more bound up in gender-related concerns than merely a health-based issue. As such, they felt compelled to rethink their stance on what might be considered undesirable from a gender point of view, and to road test whether the current advertising codes were fit for purpose. 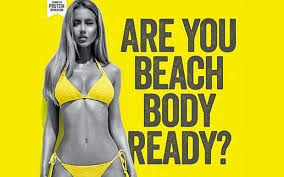 In response, the ASA launched a project which culminated in outlining six scenarios under which interrogating the issue of gender stereotypes could be subjected:

In the coming months, CAP (the Committee of Advertising Practice who co-authored the report with the ASA)  are tasked with taking the findings of the project and devising a set of codes for advertisers. These new standards will incorporate the recommendations that require expanding the understanding of what constitutes ‘gender stereotypes’ in adverts. This could mean that UK viewers may no longer see ads that “suggest an activity is inappropriate for a girl because it is stereotypically associated with boys or vice versa” or ads “that feature a man trying and failing to undertake simple parental or household tasks”. Given that the advertising industry has long been at the helm of pedalling such postfeminist, gender essentialist sentiments that ‘Men are from Mars and Women are from Venus’, the ASA’s refusal to promote such a worldview is hugely significant.

It is in changes to adverts that are situated in the domestic space that there is perhaps the most revolutionary potential. While, arguably, it has long been accepted that overt sexualisation and objectification of women is to be avoided, it is harder to convince people to get worked up over the omnipresence of women in washing up liquid ads. However, apathy on this issue has tended to mean that while sexualisation is understood to be a bad thing, equating women to the domestic sphere is often framed in ways that assume that it is ‘natural’ for women bear the bulk of responsibility for housework.

Indeed, a 2011 OECD study found that in none of the 26 OECD countries surveyed, which includes Ireland, was there parity between the sexes in terms of unpaid work in the home. As the author notes, “tasks that have traditionally been thought of as “women’s work” (e.g. cooking and cleaning) continue to be primarily performed by women”. This translates into women, on average, undertaking an additional two and a half hours work at home than men, per day. Whether advertising simply reflects the reality of women’s lives as disproportionally burdened by domestic and childcare work, or if it works to create and reinforce the unequal division of labour in the home, it is notable that there has not been a greater pushback to these portrayals. 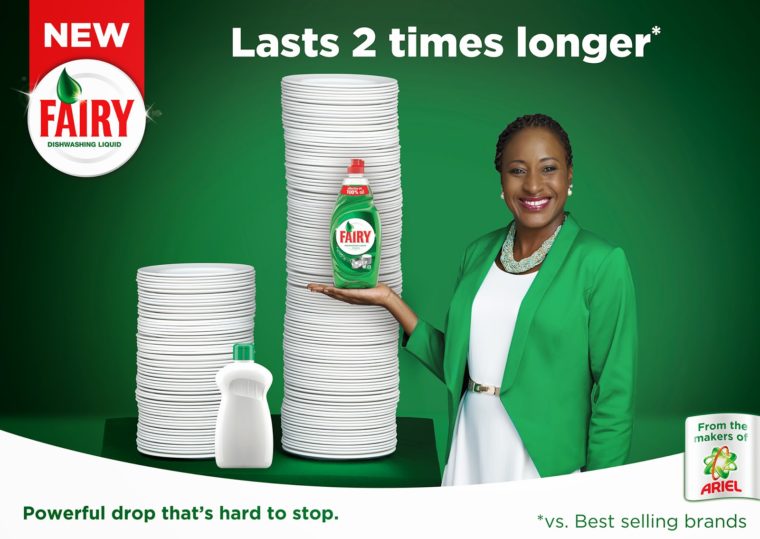 In my own doctoral research, which explored advertising students’ attitudes to gender roles and stereotypes, they were far less critical of the ubiquitous woman in the Fairy liquid advert than they were of the sexualisation of women in Hunky Dory’s or Club Orange ad campaigns, for instance. In other words, equating women with the domestic realm in advertising proved to be far less contentious for students than did instances of sexual objectification. Indeed, none of the advertising students interviewed were concerned with this pervasive trend in advertising. When pressed, the young women interviewed expressed few qualms about contributing to assumptions that women are simply better at the cooking, the cleaning, the washing, and minding the children.

The absence of a sense of unfairness of the domestic burden falling on women indicates complicity with a ‘women’s place is in the home’ narrative. In contextualising and explaining the reticence of advertising students to reject associations of women with the domestic space, we just need to consider the fact that women’s position in the home is still enshrined in the 1937 Irish Constitution. Although this does not prevent women from working outside the home, it symbolically serves to connect women primarily to her life as mother and care-giver. Of course, there have been extensive advances made by women in Irish society in recent decades. However, Irish public discourse – as well as advertising texts – continue to simultaneously ignore the contribution that many men do, in fact, make to family-life in the home and to disproportionately connect women to those roles, thereby maintaining the domestic sphere as a woman’s space.

Arlie Hochschild coined the term the ‘stalled revolution’ in 1989 to describe the 1980s phenomenon that saw more and more women taking up their place in the labour market without a corresponding redress of the share of caring and domestic responsibilities in the home between women and men. The ASA’s challenge to the more subtly sexist representations of women bearing sold responsibility for domestic work contributes to this unfinished revolution. It’s certainly in our homes and kitchens that the potential to free women from its associated mental load and the emotional labour can gather steam and get back on track. I, for one, will not lament the demise of adverts that trade in regressive stereotypes of the ‘fun’ dad, and the ‘nagging, but caring’ mother-figure.

The ASA is to be lauded for this piece of research. When its recommendations are implemented, it will play a crucial role in continuing the ongoing work of dismantling harmful gender stereotypes. As Kate Millet, the prominent second-wave feminist wrote in 1970, ‘whatever the ‘real’ differences between the sexes may be, we are not likely to know them until the sexes are treated differently, that is alike’; something we have still not achieved almost 50 years on. This is why the ASA’s report and its clear stance against capitalising on the supposed natural differences between women and men is so welcome.