You are at:Home»all_news»Articles»Feminist Film Festival Dublin 2016

The third Feminist Film Festival will take place next weekend in Dublin. The event is run entirely by a small team of volunteers and all profits go to the Sasane charity, working to end the physical and sexual exploitation of women and girls.

Why does Dublin need a ‘feminist’ film festival? Film is both a popular and a powerful medium for the dissemination of cultural stories that moves us and resonates with us, that entertains us and educates us, and that represents us and reflects us. According to the Geena Davis Institute on Gender in Media, however, film is not fully representing women: men outnumber women 3 to 1 in family films, and women are almost four times as likely as men to be shown in sexy attire. Women are also underrepresented behind the camera. Across over 1,500 content creators, only 7% of directors, 13% of writers, and 20% of producers are women. If women are not part of our cultural story-telling, both on-screen and off-screen, those voices are missing. As part of an international effort, Women in Film and Television Ireland work to counter that by aiming to bring about gender equality in the film and television industry. An important part of that remit is the collection and updating of quantitative data in order to accurately reflect a picture of the proportional representation of women in the industry. But, as indicated on their website, ‘there are scant figures available to quantify women’s participation in the Irish film and television industry. What we do know is that in the twenty year period, 1993-2013, only 13% of Irish-produced screenplays were penned by female writers. Comparable figures across Europe suggest that the percentage of women in directing remains in the single figures’.

For its part, Feminist Film Festival Dublin is concerned with helping to counteract the misrepresentation and narrow range of women portrayed through stereotypical female characters and in two-dimensional roles, and expose audiences to a broader scope than those often found in mainstream cinema. Films screened at the festival offer female characters that are more diverse, interesting, and multi-dimensional and therefore don’t patronise their audience. Crucially, the festival also provides a platform through which to screen, support, promote, and celebrate films where women have played a vital role in a film’s making, production or as a crew member in order to empower and inspire young women to take up a camera and make film.

You Can’t Be What You Can’t See: As the adage, you can’t be what you can’t see, makes clear, issues of women’s visibility in the public realm are crucial to any examination of both representational ideology, and what it means for equality between women and men. However, in considering gender equality in film, such concerns of visibility can sometimes eclipse equally important explorations of how women’s voices – both in literal terms, and in connection with what women have to say – manifest on screen in varied and complex ways. For the third year, the Feminist Film Festival Dublin is back, and the programme for 2016 has been curated specifically around a consideration of the female voice. 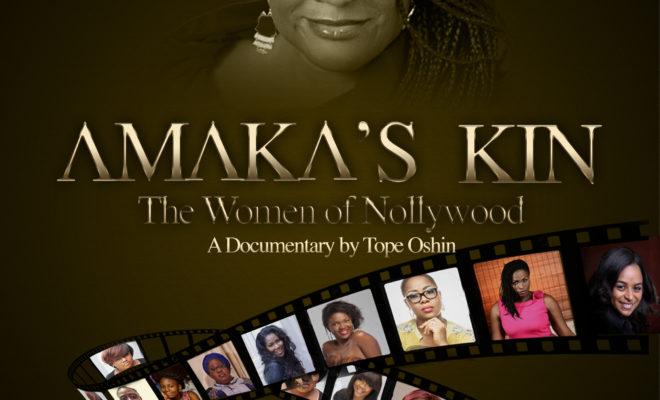 Relatively little attention has been paid to women’s voices on-screen. While the longevity of Laura Mulvey’s 1975 concept of the ‘male gaze’ is testament to its continued relevance to analyses of film and portrayals of women by media industries, the emphasis on visual objectification and passive female presence on screen does not account for women’s vocal and verbal representation. The programme for this year’s festival addresses this by highlighting women’s literal and figurative voices, including interpretations of ‘the voice’ as belonging to a character’s, or as connected to the filmmaker’s, or indeed ‘voice’ as a particular point of view. Focused on the theme ‘Othered Voices’, FFF Dublin’s celebration of women in film offers a programme of films capturing the female voice in its many forms. Of the films screening over the weekend, the 1988 documentary film Mother Ireland by Anne Crilly is particularly interesting. Pivoting around the notion of ‘Mother Ireland’ as a cultural motif, Crilly’s film critiques such mythical and symbolic constructions of an effectively silent Irish femininity and positions this alongside contemporary discussions of nationalism and feminism. Along with other films, such as the Academy award winning The Piano (dealing with issues of muteness and musical expression as a substitute for speech), the Irish Premiere of Amaka’s Kin (tracing the experience of women working in the Nigerian film industry through interviews), and Germaine Dulac’s classic 1928 silent film The Seashell and The Clergyman (with live improvised score), this weekend’s festival also includes an enticing Shorts programme, as well as talks, panel discussions and roundtables with filmmakers and academics, as well as much more.

The Feminist Film Festival Dublin 2016 takes place 18 – 20 November. Don’t miss out, book now and keep up to date through the festival event page. The FFFD is run voluntarily and all profits go to Sasane in Nepal, a charity organisation run by, and for, victims of sex trafficking.

Aileen O’Driscoll is an organiser of the Feminist Film Festival Dublin and a lecturer in the the DCU School of Communications where she recently completed a PhD.